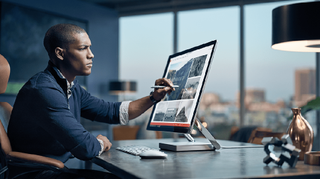 Microsoft has revealed a major boost for its Azure cloud customers in the UK with the launch of several new powerful offerings.

The company has launched its M-Series virtual machines in the UK for the first time, giving British businesses the ability to handle larger and more complex workloads than ever before.

Microsoft says that it is the only company to offer such a standard of cloud computing power in this country, as the M-Series supports up to 128 virtual central processing units (vCPU) and between one and 3.8 tebibytes of RAM on a single VM. It also offers up to 20 terabytes of memory – the most offered by any public cloud service available in the country today.

Microsoft has also announced the launch of its new Dv3 VMs in UK data centres, which are able to perform better and more efficiently than the previous generation, as well as costing 28 per cent less.

“By unlocking more power from the underlying hardware, we are able to harness better performance and efficiency, resulting in cost savings that we are passing on to our customers,” said Jon Beck, principle program manager at Microsoft.

Finally, Microsoft has also confirmed that Notification Hubs will now be available in its UK data centres, allowing users to send push notifications directly to their customers. The service will work regardless of which platform they are using – Windows, iOS, Android, Kindle or Baidu, and can be harnessed to contact millions of mobile devices.