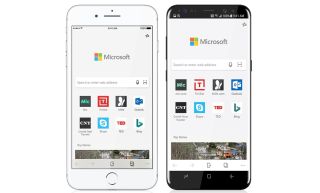 Adblock Plus will soon be available by default on Microsoft's Edge browser for Android and iOS as the company has begun to rollout the new feature to beta users.

The software giant recently made the integration available to Microsoft Edge for Android beta users while it simultaneously launching a test program for iOS.  The feature will soon extend beyond beta users as Microsoft is preparing for a full launch soon.

Adblock Plus for Microsoft Edge will not require a separate download and it can be enabled right from within the browser's settings.

Microsoft took things a step further than Google or Mozilla by partnering with Adblock Plus to include its ad blocking capabilities right into the browser. Google previously brought ad blocking to Chrome for Android but the company chose not to block ads as aggressively as Adblock Plus does. Mozilla also includes ad blocking in Firefox for Android though the feature is only activated while browsing with in-private tabs.

While Microsoft Edge for Android is gaining traction at five million installs on the Google Play Store, Microsoft's mobile browser still has a long way to go if it wants to catch up to Mozilla Firefox for Android at 100m installs or Google's own Chrome browser at one billion 'installs' which the company requires hardware manufacturers to pre-install on their devices.

We will likely hear more on this story once Microsoft begins the official rollout of Adblock Plus for Microsoft Edge for Android and iOS.