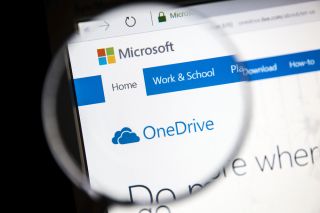 Microsoft has introduced a handful of important tweaks to its cloud storage offering OneDrive, used primarily by businesses to share and collaborate on documents.

The standout upgrade is the new file size upload limit, which was previously capped at 15GB, but will now expand to 100GB. Microsoft acknowledged that certain file types - such as 3D and CAD drawings - often exceed the old limit, making OneDrive unworkable for some users.

In a blog post announcing the changes, Microsoft 365 General Manager Seth Patton noted that the differential sync feature should also prove useful. Instead of uploading a file from scratch each time an edit is made, this feature synchronises only the parts of the file that were altered, while the rest remains intact.

Microsoft also announced an option to turn off comment notifications for individual files, which is said can sometimes prove distracting and therefore damaging to productivity.

OneDrive will also receive address bar sharing, similar in style to the facility on offer with Google Drive.

“If you access or work on a file in a browser, you’ll soon be able to share links copied from your browser address bar with your internal colleagues (if admin-enabled),” Patton said.

Other changes include sync admin reports, enhanced file protection and governance, as well as a “streamlined admin experience”, which includes new options for migrating content to OneDrive.