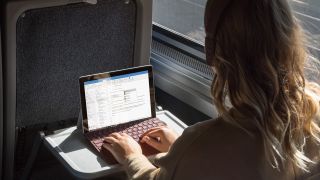 Microsoft has announced a new way for people to buy hardware from its Surface lineup, as well as its Office 365 subscription.

The Redmond giant has just launched a new payment option which it calls Surface All Access, which allows people to buy into Surface devices and Office 365 subscriptions for a monthly fee.

This is not, as it may sound at first, a subscription offering. A subscription would mean users would get a new device as it is released on the market. Instead, this is more of a payment plan where users, after paying a fee for two years, get to keep the device.

According to The Verge, the catch with the Surface All Access is that it’s somewhat cheaper, compared to outright buying it all at once. With the payment plan, a Surface Go with a Type Cover and a two-year Office 365 subscription would set you back $600, compared to $670 if you bought it with cash.

However, if you weren’t planning on paying for an Office 365 subscription, this payment plan means you’d be paying extra.

Microsoft is offering its entire Surface lineup through the new payment plan: the Go, Book 2, Pro, Laptop, and Studio. The majority of these bundles are expected to be available starting October 16.

You can learn more about the Surface All Access, as well as different pricing plans for different devices, on this link.