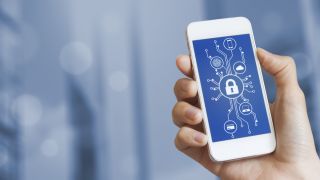 Smartphones are facing more security threats than ever before, with mobile malware attacks hitting a new high in 2018, new research has found.

Findings from Kaspersky Lab report that the number of mobile malware attacks doubled in 2018, topping 116.5 million last year, compared to 66.4 million in 2017.

The most significant threat growth concerned Trojan-Droppers, which look to bypass system protection and drop malware, from banking Trojans to ransomware, whose share of the total amount almost doubled from 8.63 per cent to 17.21 per cent.

“In 2018, mobile device users faced what could have been the fiercest cybercriminal onslaught ever seen," said Viсtor Chebyshev, security expert at Kaspersky Lab.

"Over the course of the year, we observed both new mobile device infection techniques, such as DNS hijacking, along with an increased focus on enhanced distribution schemes, like SMS spam. This trend demonstrates the growing need for mobile security solutions to be installed on smartphones – to protect users from device infection attempts, regardless of the source."