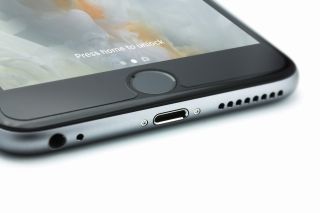 For the first time ever, consumers all over the world carried out more searches on their mobile phones than on their computers.

Data from the new Salesforce Q1 2017 Shopping Index. analysed the shopping habits of more than 500 million consumers in 27 countries, with smartphones coming out on top for the first time.

“A couple years ago, if you were browsing Facebook on your phone and saw a jumper you wanted to buy, you had to wait until you got to your computer to log on and purchase it. However, now, with the evolution of mobile, we can easily search on-the-go and make a purchase instantly,” commented Jamie Merrick, Director of Industry Insights at Salesforce Commerce Cloud (formerly Demandware).

“Given that the conversion rate of a shopper who has used a search function is three times higher than non-search traffic, this has a huge impact on UK retailers’ approach to commerce. Having a mobile-first approach is key to ensuring shoppers have a seamless and easy mobile experience so that retailers don’t miss out on revenue growth.

Salesforce’s report says mobile drove more than half (53 per cent) of all traffic, and 32 per cent of all orders, while shopper spend was increased six per cent in the same period.

As for the UK, site search resulted in 35 per cent of revenue, which is the highest rate in the whole world.

Sixteen per cent of shoppers expressed buying signals, which is the highest rate ever outside a period that’s not Q4. Growth in spend slightly outpaced traffic growth, while the average order value increased three per cent year-on-year.

“This trend in mobile search also highlights the importance of unified commerce across all channels – if a customer shops in-store, browses online or purchases on mobile, the experience should be consistent and as pleasurable for the customer as possible,” Merrick concluded.