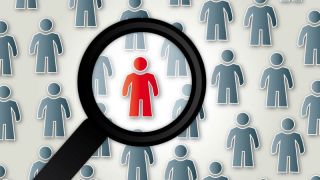 Mobile skills are now the most in-demand for companies looking to recruit in the IT industry, according to a new report from Experis.

The Tech Cities Job Watch report says the demand for permanent IT staff with mobile skills surged 39 per cent in the past year, toppling web development, which was previously number one. The report claims there has been a concurrent 26 per cent increase in the number of contractor roles, as well.

Mobile roles for IT professionals now hold 28 per cent of all advertised in the UK in Q3 2017, making it the most popular.

The report does stress that, despite the growth in the number of jobs advertised, permanent salaries grew only by one per cent, and day rates by two per cent over the same period. Similar things are happening in jobs related to big data and cloud.

“Despite the growth in app development across the tech industry, the results show an apparent disconnect between increasing demand for these roles and the salaries they command. We’ve seen an explosion in the Internet of Things (IoT) in recent years, with multiple industries experimenting with new Mobile and Web applications,” commented Martin Ewings, director of specialist markets at Experis UK & Ireland.

“Both disciplines play an integral role in innovation within organisations, as developers continue to build and experiment with this connectivity. But the results from this research tell us that companies are taking a new approach to tackling the technology skills crisis they are facing in this area.”