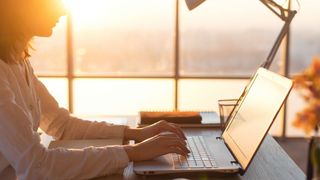 Virtually all businesses in the UK recognise that mobile and remote working comes with its set of problems and risks. This is according to a new Apricorn report, which also says that almost one in five (18 per cent) companies think their mobile workers don’t care about security.

Every company has at least one employee that works remotely, at least some of the time. On average, 37 per cent of staff do it. Despite policies and other means of making sure data stays secure, 44 per cent of companies still expect their mobile workers to expose them to risks. A third (32 per cent) said their company already experienced a data loss as a direct result of mobile working, and 30 per cent are concerned about not being compliant with the GDPR.

For more than half (53 per cent) the biggest problems include complexity and management of technology employees use. The majority is saying mobile workers are willing to comply, though, but are lacking skills to stay safe.

Almost a third of respondents (29 per cent) ban their employees from using removable storage, and 22 per cent had asked their employees to do the same, but can’t enforce it.

“The number of organisations blocking removable media has increased compared with responses to the same question in 2017, when 18% said they were physically blocking all removable devices. A unilateral ban is not the solution and ignores the problem altogether whilst presenting a barrier to effective working. Instead, businesses should identify corporately approved, hardware encrypted devices that are only provided to staff with a justified business case. The approved devices should then be whitelisted on the IT infrastructure, blocking access to all non-approved media,” said Jon Fielding, Managing Director, EMEA, Apricorn.