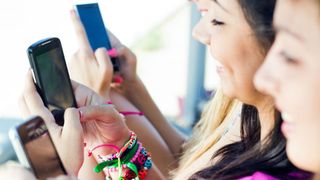 There will also be fewer people using bank accounts – 5.4 billion.  The increase in the number of smartphones, but also the explosion of IoT and other similar, mobile devices, will reflect in the amount of mobile data and its traffic. Cisco says global mobile data traffic will increase seven-fold over the next five years. Data will reach 49 exabytes a month, by that time, or 587 exabytes every year. That’s an equivalent of 122 times more than all global mobile traffic generated ten years ago, in 2011.

“With the proliferation of IoT, live mobile video, augmented and virtual reality applications, and more innovative experiences for consumer and business users alike, 5G technology will have significant relevance not just for mobility but rather for networking as a whole,” said Doug Webster, vice president of service provider marketing.

“As a result, broader and more extensive architectural transformations involving programmability and automation will also be needed to support the capabilities 5G enables, and to address not just today’s demands but also the extensive possibilities on the horizon.” The full report, which is quite extensive, can be found on this link.