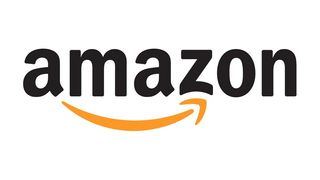 Amazon shipped more than five billion items through its Prime delivery service in 2017, the company has announced.

The news was revealed in a company infographic covering the latest upgrades and expansions to the service.

The figures, which show that more Prime members joined from India than from any other country in its first year includes one-day and two-day shipping options. Since its launch in 2016, Prime has grown fivefold in India, making it the company's fastest-growing market.

Amazon also saw growth in the US, as according to Consumer Intelligence Research Partners, almost two thirds (63 per cent) of the company's customers have signed up to Prime - equivalent to around 90 million US members.

The total number of Prime members worldwide was not disclosed, but the number of “new paid members” in 2017 was at least 20 million.

Amazon also revealed that Prime expanded into key markets in 2017, arriving in Mexico, the Netherlands, Luxembourg and Singapore, following India in 2016.

Amazon’s Echo smart home assistant was also highlighted as seeing strong results, with the company announcing it had sold “tens of millions” of Alexa-enabled devices worldwide over the holidays.

December 30, 2017 was also the biggest streaming day of the year around the world for Prime Video.