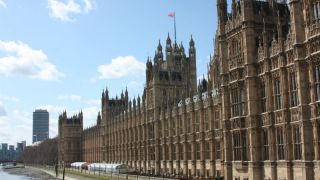 MPs are being hit with large numbers of cyber attacks as the Brexit deadline approaches, new figures have shown.

According to an FOI request, MPs and House of Commons staff were hit with 20,973,102 cyber attacks through spam emails in the most recent financial year.

On average, 1.9 million junk emails were sent to Parliamentary staff including phishing, viruses and malware, all of which was blocked by the Parliamentary estate’s security systems.

However a Parliamentary Estate spokesman refused to provide a full breakdown of the a type of action blocked, saying, “This level of detail would reveal information about our security operations and network set-up which would be useful to potential cyber-attackers, and as such disclosure of the information would have the effect of increasing the vulnerability of the parliamentary security systems.”

With the UK set to leave the European Union on October 31st, the figures show a continued level of cyber threat to parliamentary staff.

MPs had preivously complained about being bombarded with spam emails from Donald Trump’s campaign team asking for donations back in 2016, with Speaker John Bercow forced to intervene and ask Parliament’s digital team to up email defences and stop receiving the messages.

“With an increasingly complex Brexit process, it’s critical that all Members of Parliament remain vigilant and protect themselves from spam emails, which hackers use to dupe unsuspecting victims into handing over confidential information," said Tim Dunton, MD at Nimbus Hosting, which requested the figures. "Many of these messages contain viruses which could infect the IT systems of individuals or put the security of the wider Parliamentary network at risk.”