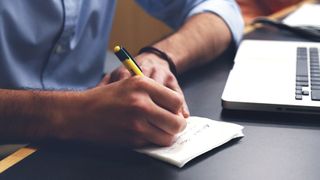 The UK government has released guidance for the national data strategy (NDS) as it looks to shape up its data handling capacity.

The NDS is to develop skills which would allow everyone (businesses and individuals alike) to make informed decisions, both private and business ones, based on high-quality data.

The NDS guidance says the Department for Digital, Culture Media and Sport (DCMS) described the tactics, based on a two-phased consultation. Its focus is to build evidence, engage stakeholders and test the strategic framework.

The first phase kicked off earlier this year, when a call for evidence was issued, based on people, economy and the government. Multiple roundtables were organized, in which both the private and the public sector participated, together with the academia and individuals.

For the months ahead, the DCMS will open full consultations for everyone. That would allow it to deliver the final strategy and an action plan next year.

“There are some early signs that the situation is improving, but unless government uses the data strategy to push a sea change in strategy and leadership, it will not get the right processes, systems and conditions in place to succeed, and this strategy will be yet another missed opportunity,” the report said.

Computer Weekly says that at the same time, ‘various other initiatives around data’ are taking place in central government, with the goal of supporting the creation of the NDS.