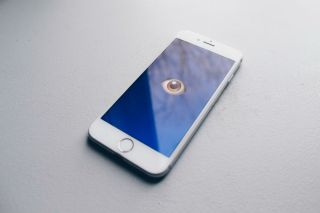 Security experts from the University of St Andrews, King Abdullah University of Science and Technology (KAUST) and Centre for Unconventional Processes of Sciences (CUP Sciences) are claiming to have developed the perfect communications channel – one which cannot be cracked or listened into.

They’re calling it an “uncrackable security system” poised to “revolutionise communications privacy”. In essence, it is a silicon chip with “complex structures” that get irreversibly changed when information is sent. The chip sends information in a one-time key that “can never be recreated nor intercepted by an attacker”. The team has published its findings in the scientific journal Nature Communications and believes that they’ve developed “perfect secrecy” cryptography for the entire world, and at “contained costs”.

“This new technique is absolutely unbreakable, as we rigorously demonstrated in our article. It can be used to protect the confidentiality of communications exchanged by users separated by any distance, at an ultrafast speed close to the light limit and in inexpensive and electronic compatible optical chips,” says Professor Andrea di Falco of the School of Physics and Astronomy at the University of St. Andrews and first author of the study.

Current cryptography is solid, but under threat from quantum computers which could, theoretically, render it useless. The new method uses the second law of thermodynamics to protect the messages and apparently, it is flawless.

“This system is the practical solution the cyber security sector has been waiting for since the perfect secrecy theoretical proof in 1917 by Gilbert Vernam.  It’ll be a key candidate to solving global cyber security threats, from private to national security, all the way to smart energy grids.” says Dr. Aluizio M Cruz, co-founder and CEO of the Centre for Unconventional Processes of Sciences (CUP Sciences) in California, and co-author of the study.

The team is currently looking how to bring this new discovery to the masses with a commercial application.