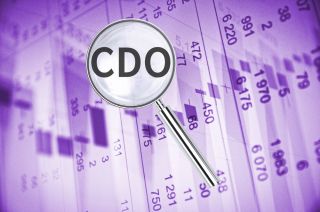 A new survey from the analyst firm Gartner has revealed that 15 per cent of chief data officers (CDOs) will move on to become CEO or into other C-level positions by 2020.

The firm's second annual CDO survey found that organisations that have adopted the new role of CDO have begun to spearhead a new organisational function that is able to take its place alongside IT, HR, business operations and finance.

Vice president and Gartner fellow Debra Logan offered more details on this new role, saying: “The office of the CDO is being established as an operational department with the appropriate staffing, budget and responsibilities.”

Gartner's discovered that the new role has already gained a high-level of importance in many organisations and found that, of the CDOs surveyed, 30 per cent report directly to the CEO.  The firm also acknowledged the value attached to the new role and predicted that over a sixth of CDOs have the potential to move into the role of CEO, COO, CMO or other C-level roles if they are successful.

Gartner vice-president Jamie Popkin noted that many boards of directors are urging their organisations to hire a CDO, saying: “24 per cent of the respondents said that the board of directors wanted the role. The board's involvement, together with the responses pointing to a specific crisis or problem, and the 41 per cent of respondents who said that the CEO or CFO wanted the role, makes it safe to assume that this was a major strategic decision that affected business operating models.”

According to Gartner, 54 per cent of the organisations surveyed have already partially or fully implemented an office of a CDO and an additional 20 per cent are planning to explore doing so within the next year.