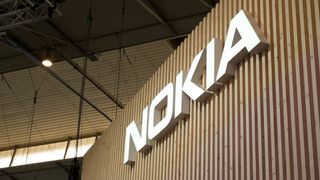 Nokia President and CEO Rajeev Suri has announced he will be leaving the company after 25 years of service.

Suri, who has been in the top role at the Finnish network giant for more than half a decade, has announced he will be leaving his job on August 31, but will stay on as an advisor to the Nokia board until January 1 2021.

He will be replaced by Pekka Lundmark, the outgoing President and CEO of energy firm Fortum, who will take up his new role on September 1.

“After 25 years at Nokia, I have wanted to do something different,” Suri said in a statement.

“Nokia will always be part of me, and I want to thank everyone that I have worked with over the years for helping make Nokia a better place and me a better leader. I leave the company with a belief that a return to better performance is on the horizon and with pride for what we have accomplished over time. Pekka is an excellent choice for Nokia. I look forward to working with him on a smooth transition and wish him the best success in his new role."

Nokia's board added that Lundmark has, “consistently delivered robust total shareholder returns, successfully renewed the company’s strategy, and positioned it to be a strong player in the transforming global energy sector.”

“Together we can create shareholder value by delivering on Nokia’s mission to create the technology to connect the world," Lundmark himself added.

"I am confident that the company is well-positioned for the 5G era and it is my goal to ensure that we meet our commitments to our customers, employees, shareholders and other stakeholders.”

Lundmark takes over with Nokia looking to continue as one of the leading companies helping the world transition to 5G networks. The company is in fierce competition with the likes of Huawei, Ericsson, Cisco and Samsung in the 5G equipment sector, and believes its end-to-end capabilities are a key differentiator.

However, reports last week suggested that Nokia could be considering a merger or sale of assets as it struggles to find a path to profitability. This could also be helped by the US barring Huawei and ZTE from working in the country, creating an opportunity for the likes of Nokia to sweep up new 5G-related business orders.