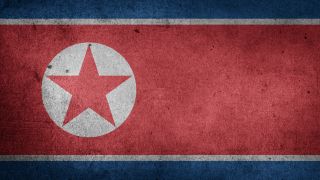 North Korea has turned to cybercrime to steal money and fund its nuclear program following global sanctions, a new report from the UN has claimed.

It seems as the punishments imposed by the UN Security Council on North Korea (DPRK) in 2006 to choke funding for the country’s nuclear program did little good, as a confidential UN report, states that North Korean state-sponsored hackers generated more than $2 billion through a myriad of illegal activities, with the proceedings going to the weapons of mass destruction fund.

These hackers have been targeting banks, financial institutions and cryptocurrency exchanges, it was said. The report adds that the money was then laundered, also through different services in the cyberspace.

“Democratic People’s Republic of Korea cyber actors, many operating under the direction of the Reconnaissance General Bureau, raise money for its WMD (weapons of mass destruction) programmes, with total proceeds to date estimated at up to two billion US dollars,” the report said.

When asked about the U.N. report a U.S. State Department spokeswoman said: “We call upon all responsible states to take action to counter North Korea’s ability to conduct malicious cyber activity, which generates revenue that supports its unlawful WMD and ballistic missile programs.”