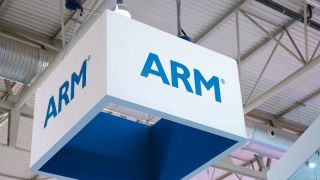 GPU manufacturer Nvidia has confirmed it will purchase UK chip giant ARM for $40 billion, in a deal that will have a significant impact on the industry landscape.

As part of the acquisition, Nvidia will bring its artificial intelligence (AI) solutions into ARM's processor designs, targeting data centers and IoT devices.

“AI is the most powerful technology force of our time and has launched a new wave of computing,” said Jensen Huang, founder and CEO of NVIDIA.

“In the years ahead, trillions of computers running AI will create a new internet-of-things that is thousands of times larger than today’s internet-of-people. Our combination will create a company fabulously positioned for the age of AI.”

Despite rumors Nvidia might shift ARM operations to the US, the company has claimed the UK business will remain headquartered in Cambridge. It is even planning to build a “world-class” AI research facility in the city, dedicated to projects surrounding healthcare, life sciences, robotics, self-driving cars and similar technologies.

ARM currently operates on an open-licensing model and Nvidia has no intention of changing that for now. It wants to maintain global customer neutrality that has been, as the company puts it, “foundational to its success”.

“Arm partners will also benefit from both companies’ offerings, including NVIDIA’s numerous innovations,” the company added.

The deal is expected to close in September next year, pending regulatory approval.