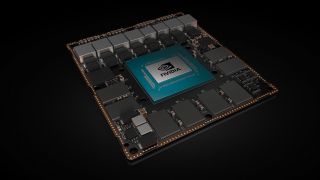 During Computex 2018 in Taipei, Taiwan, Nvidia announced Nvidia Isaac, a new developer platform to help power the next generation of autonomous machines as well as Jetson Xavier, an AI computer designed specifically for robotics.

The company's founder and CEO, Jensen Huang highlighted AI's potential and how it will transform our world, saying:

“AI is the most powerful technology force of our time. Its first phase will enable new levels of software automation that boost productivity in many industries. Next, AI, in combination with sensors and actuators, will be the brain of a new generation of autonomous machines. Someday, there will be billions of intelligent machines in manufacturing, home delivery, warehouse logistics and much more.”

Nvidia's Jetson Xavier is the world's first computer designed specifically for robotics and with more than nine billion transistors, it delivers over 30 TOPS (trillion operations per second).

The level of performance that Jetson Xavier provides is essential for a robot to take input from sensors, locate itself, perceive its environment, recognise and predict the motion of nearby objects, reason about what action to perform and articulate itself safely.

The Nvidia Jetson Xavier developer kit, which includes the Issac robotics software, will be available in early access starting in August and will retail at $1,299.