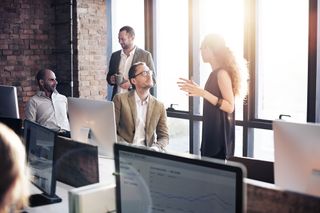 A pre-Christmas message to O2 staff from company CEO Mark Evans warned the company planned to part ways with up to 5% of its employees, according to the Communication Workers Union.

No details about what, where, when or whom the cuts would affect were given until 10 January, leading the CWU to brand the uncertainty of the announcement ‘thoughtless and cruel’, with the Union’s assistant secretary Sally Bridge adding that it was ‘deeply offensive’ and broke ‘a fundamental unwritten rule’ by leaving staff anxious about their future over the Christmas period. The union also alleges that when they queried O2, the operator responded that an employee survey revealed that staff wanted management to be ‘as open and transparent as possible.’

The new announcement made on 10 January outlined plans to place 160 staff ‘at risk’ of redundancy, with staff affected working in non customer facing positions in ‘customer service and transformation, service management, business operations, sales, operations network and some PA roles.

A statement from Telefonica UK to Mobile explained their reasoning for the move, stating: 'We operate in an extremely competitive market and continually review and improve our organisational structure. This ensures we remain efficient while delivering great service for our customers.'

The staff are affected are currently undergoing ‘individual consultation meetings’ where they will find out if their role is ‘at risk’, whether they’ve already been provisionally selected for redundancy, or whether they are to have their role transferred.

The CWU has stated that of the 160 roles, over 30% will be made redundant, with all ‘at risk’ able to apply for voluntary redundancy, though the company retains the right to deny applications. The company gave ‘developments in the mobile industry’ and ‘technological advance’ as the reasons for the job losses, according to the Union.