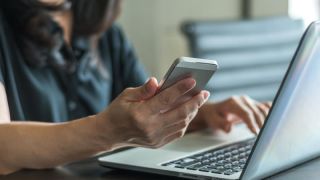 The UK telecoms market could be set for a major shake-up following an announcement from Ofcom.

The watchdog has revealed that it will be limiting the amount of spectrum that any one company is able to own.

Ofcom is set to release more mobile spectrum later this year to help provide better service for 4G networks, and help lay the groundwork for the development and launch of 5G technology.

Under its new guidelines, no one operator will be able to control more than  37 per cent of all useable mobile spectrum in the UK.

"The auction rules are designed to reflect recent market developments and safeguard competition over the coming years," Ofcom said.

The regulator is set to auction off licences to use 190 MHz of spectrum in two frequency bands later this year, which will increase options for current mobile device networks.

It will also sell off spectrum in the 2.3GHz and 3.4GHz bands, which due to their higher frequency could be ideal for the rollout of new 5G networks.

Philip Marnick, Ofcom’s Spectrum Group Director, said: “Spectrum is a vital resource that fuels the UK’s economy. We’ve designed this auction to ensure that people and businesses continue to benefit from strong competition for mobile services.

“We want to see this spectrum in use as soon as possible. With smartphones and tablets using even more data, people need a choice of fast and reliable mobile networks. These new airwaves will support better services for mobile users, and allow operators to innovate and build for the future.”

The move, which Ofcom says will help "safeguard competition" in the UK telecoms industry, has split opinions amongst the country's big players, some of whom have accused the watchdog of hurting consumers.

Three, which currently owns around 14 per cent of the market, described the move as "a kick in the teeth for all consumers", having campaigned for a limit of 30 per cent.

Chief executive of Three UK Dave Dyson said "By making decisions that increase the dominance of the largest operators, Ofcom is damaging competition, restricting choice and pushing prices up for the very consumers that it is meant to protect.

"The mobile market is imbalanced and failing customers. Ofcom has shown little interest in tackling the problem. We will consider our response as a matter of urgency."

However the news will also hurt BT and EE, which merged in 2016 and currently control around 42 per cent of the spectrum, meaning it will also not be able to bid for any share of the new band.