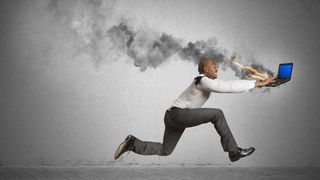 Based on a poll of more than 400 IT decision-makers in the UK, the report says that the country hasn’t exactly seen huge progress in DR and backup confidence. It argues that part of the problem lies in the fact that many organisations don’t have off-site backups set up. Some never test their backups, while others haven’t tested their DR processes in the last 12 months.

“Frequent testing and having offsite copies of data should be crucial pillars of any DR and Business Continuity strategy,” said Peter Groucutt, Managing Director at Databarracks. “This doesn’t need to be expensive or difficult – it’s simply a case of taking the right steps to improve resilience.

Companies worry mostly about lost revenue and reputational damage which may occur after a disaster. Groucutt advises businesses to conduct a Business Impact Analysis (BIA) to determine the potential effects of a disruption. That should help them spot important pain points, and how they should react in case of an emergency.

“Then, put plans and workarounds in place to keep you operational. With a clear vision and strategy you’ll be in a position to tackle any incident with confidence.”