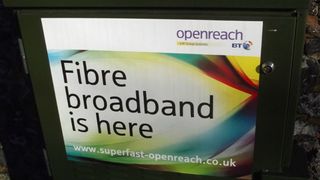 After months of back and forth, an agreement has finally been reached between Ofcom and BT, regarding the status of Openreach. Openreach, a company tasked with building and maintaining UK's copper and fibre lines, providing connectivity to the country, will become a distinct, legally separate company. Under the new agreement, it will have its own Board, but will remain within the BT Group.

What's particularly interesting about the agreement is that around 32,000 employees will have to be transferred to the new Openreach Limited following TUPE consultation. The transfer, one of the largest in the country’s history, will take place once everything regarding pensions is settled. It was said that Openreach will manage and operate its assets and trading. On the other hand, ownership of the assets and trading will remain with BT.

Gavin Patterson, BT Chief Executive, said: “I believe this agreement will serve the long-term interests of millions of UK households, businesses and service providers that rely on our infrastructure. It will also end a period of uncertainty for our people and support further investment in the UK’s digital infrastructure.   “This has been a long and challenging review where we have been balancing a number of competing interests. We have listened to criticism of our business and as a result are willing to make fundamental changes to the way Openreach will work in the future.”

Commenting on the announcement, Dan Howdle, consumer telecoms expert at Ofcom-accredited broadband, TV and mobile comparison site Cable.co.uk, says: "With the separation now going ahead, Openreach will finally be committed to acting equally in the interests of all providers, allowing them finally to act on behalf of their own customers and to affect future strategy and investment decision-making associated with the Openreach network.

"This is a good day for the average broadband, TV and phone customer too, who will enjoy all the benefits the stoking of competition in a fairer marketplace is likely to bring, without suffering the costs and delays to infrastructural rollout a full separation would have incurred. We should not, however, rule out a full separation happening at some point in the future."