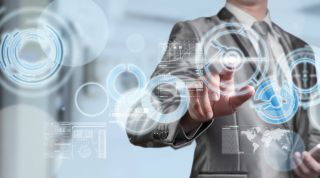 As the world around us becomes smarter and more connected, the need for sophisticated systems to facilitate these connections, and support the technology that powers them, is more important than ever.

At the recent Oracle Open World event in London, Oracle CEO Mark Hurd laid out his company’s aims of enabling new business tools and services using cutting-edge technologies such as AI, which Oracle says can bring a range of benefits across the board.

Yet concerns about the effect of AI persist among some in the technology space, who doubt the potential advantages it can bring.

At the event, ITProPortal spoke to John Abel, vice president, cloud and innovation for UK, Ireland and Israel at Oracle, who told us how AI is set to play a major role in the company’s work going forward.

Abel describes how the technology space is going through, “a cultural shift from being an industrial workforce to becoming a creative workforce.”

Many businesses are now moving from employing regimented processes in jobs such as manufacturing and testing, which have little scope for change, to a more free and open structure. AI is able to such replace well-structured processes, he believes, greatly improving efficiency and reducing costs and resource needs.

Abel outlines how although we are currently living in a “device society”, the increasing conflagration of industries and technologies will soon lead to a shift towards being “deviceless”. The widening scope of the IoT, and the technologies that can really enable it to work effectively, such as AI and blockchain, will allow the businesses that fully embrace change, to succeed ahead of the competition.

As Abel notes, citing examples such as Amazon’s move into smart home technology, or WeChat’s shift towards payments, “if you don't keep innovating, you're in deep trouble, because the likelihood is that your industry will be disrupted.”

Oracle is keen to position itself as the enabler to this disruption, with the company’s offerings able to help customers make the most of their data.

“The heritage of Oracle is as a data company,” Abel says, “we're very good at it.”

“We've raised the bar of what you need to worry about...We see the problems much quicker than other people, because we have 40 years experience, and have a huge customer base that tells us what they want - we don't have to guess what they want.”