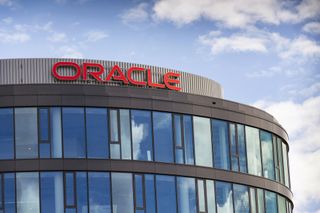 Oracle has announced that it will purchase the cloud access security broker (CASB) Palerra, making this the company's eight acquisition in 2016.

The deal was announced at the beginning of Oracle OpenWorld in San Francisco and the amount which the company is paying for Palerra has yet to be disclosed. Oracle made the decision to purchase the company for its Loric software product as it “protects and assures compliance of applications, workloads and sensitive data stored across cloud services.”

Palerra's software is able to offer its users a combination of visibility into cloud use, data security, user behaviour, security configuration and automated incident response. It also provides customers with the ability to respond to cloud security incidents in real time as well offering protection for sensitive company data and workloads across all of the leading cloud services.

The senior vice president of identity management and security products at Oracle, Peter Barker offered further details regarding the deal in a letter to customers, saying: “Together, Oracle and Palerra will help accelerate cloud adoption securely by providing comprehensive identity and security cloud services. The combination of Oracle Identity Cloud Service and Palerra's CASB solution (will) deliver comprehensive protection for users, applications and APIs, data and infrastructure to secure customer adoption of the cloud.”

So far this year, Oracle has acquired eight companies this year including AddThis in January, Ravello in February, Crosswise and Textura in April, Opower in May, NetSuite in July, LogFire in September and now Palerra.

The company's acquisition strategy has been based around closing the ground it has lost to Amazon, Microsoft and SAP and founder and executive chairman Larry Ellison now believes the gap has been closed.