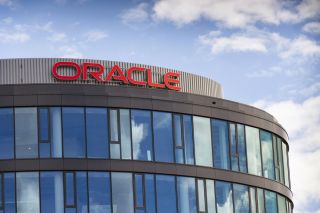 Oracle has earned a profit of $1.8 billion during the first quarter of 2017 and its decision to migrate to the cloud and away from on-premise systems continues to be a successful strategy.

The company highlighted the growth in its software as a service (SaaS) and platform as a service (PaaS) businesses. However its hardware and on-premise software businesses have continued to decline as the business model that brought Oracle to where it is today shifts to the cloud.

The company's non-GAAP earnings per share were at 55 cents which is just short of the 59 cents that analysts had expected going into the quarter.

Oracle executives have continued to praise the growth of its cloud services division which was able to help offset its declining hardware sales.  Though cloud is still a minor part of the company's total revenue stream at just 11 per cent this quarter, it remains its focal point going forward.

Mark Hurd, Oracle's co-CEO was eager regarding the company's SaaS and PaaS business, saying: “This year we are on track to sell more that $2 billion of SaaS and PaaS annually recurring revenue. We believe this will be the second year in a row that Oracle has sold more SaaS and PaaS than any cloud services provider.”