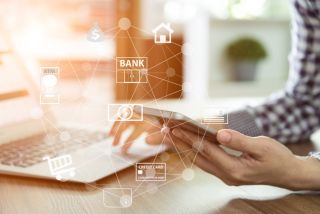 The corporate sector is facing a significant increase in cyberattacks, claims a new report from security company Kaspersky.

According to the firm, of more than 770,000 Kaspersky solution users that were targeted by banking Trojans (down from circa 890,000 in 2018), more than a third (35 percent) were from the corporate sector.

This represents a jump from the “usual” 24-25 percent, which has been a “fairly consistent” figure over the past three years.

The Russian corporate sector seems to have been hit hardest, accounting for more than 30 percent of global users attacked by banking malware. Germany was second with seven percent, and China third with three percent.

Meanwhile, Android banking malware (although relatively prevalent in Russia, South Africa and Australia) fell by two thirds – from 1.8 million in 2018, to just over 675,000 in 2019.

Security expert Oleg Kupreev claims that, while the overall number of attacks against bankers declined last year, the desire to obtain corporate user credentials is on the rise. He also warned remote workers should remain particularly vigilant while quarantine measures last.

Banking Trojans usually work by searching for user credentials for e-payment and online banking systems and then hijacking one-time passwords, sending them to the attackers, Kaspersky explained.