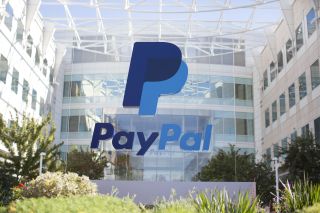 The online payments giant PayPal is rolling out a number of new features as the company looks to expand into traditional banking through partnerships with smaller banks.

The company will soon offer consumers debit cards connected to their PayPal accounts that can be used to withdraw funds from ATMs.  PayPal users will also be able to deposit checks by taking a photo and they will even have the option to have their employer direct deposit their pay check right into their account.

Over the past few months, the company has been testing these new features and has even partnered with several small banks to make it all possible as PayPal does not have its own banking license in the US.

A Delaware bank will issue debit cards for the company, a bank in Georgia will be in charge of depositing money into the accounts of users who upload photos of checks and a bank in Utah will provide funds for both personal and small business loans.

PayPal has previously offered users physical cards to withdraw money from their accounts in the form of the PayPal Cash card and the PayPal prepaid MasterCard but now it is expanding its operation through its partnership with local banks.  Users that hold one of the company's previous cards will also be the first to receive one of its new debit cards.

PayPal's new services are not aimed at those with traditional bank accounts but rather the “unbanked” who generally spend a great deal of money paying off interest and other fees from lenders.  The company is providing them with a better alternative to prepaid cards, check cashiers and payday lenders so that they can make the most of their funds both online and in the real world.