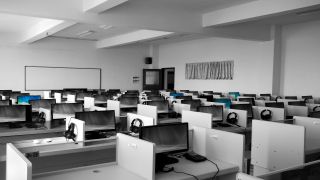 For the first time since 2012, PC shipments posted their first year-over-year quarterly growth driven by a strong enterprise upgrade cycle to Windows 10.

According to new data from Gartner, 62.1m units shipped during the second quarter which is up by 1.4 per cent from the same time period a year ago.

Businesses finally making the upgrade to Windows 10 drove sales while the consumer market is still facing stiff competition from smartphones as consumers turn to mobile for more of their day to day tasks. While the industry is currently experiencing growth, this could change when the Windows 10 cycle peaks in around two years.

As it stands now though, Lenovo (thanks to a joint venture with Fujitsu) and HP are tied for the top spot with just over 13,000 shipments each and a second quarter market share of 21.9 per cent. Dell came in third at 10,458 PC shipments with a market share of 16.8 per cent for the quarter followed by Apple, Acer and other PC vendors.

Gartner's PC shipments not only include desktops and laptops but also hybrid devices such as Microsoft's Surface though Chromebooks and iPads are not counted.

It will be interesting to see if the PC industry can maintain this momentum throughout the rest of 2018.