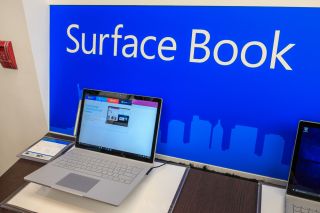 The success of Windows 10 and the reception Microsoft's latest operating system has had from consumers could mean that the PC market will grow again in 2019.

IDC's latest Worldwide Quarterly Personal Computing Device Tracker has offered new insight as to why the firm believes the PC market is set for a growth period a few years from now.

Detachable tablets such as Microsoft's Surface line and Apple's iPad Pro will lead the growth as consumers have turned away from laptops in favour of these more versatile computing devices.  Last year, 21.5 million of these devices were shipped and the number of units sold could reach as high as 45.9 million in 2021.

Notebook computers and mobile workstations are another category that will see continued growth with shipments rising from 156.8 million units in 2016 to163.7 million by the year 2021.

Desktop computers are still decreasing in popularity and that trend is likely to continue with their sales predicted to decrease by 15 million a year leading up to 2021.  However, less feature-rich “slate tablets” such as the iPad and other Android tablets that were once been a quickly growing range of products will see their sales drop from last year's 153.4 million units to just 107.1 million in 2021.

IDC also observed a growing trend in the industry that has led traditional smartphone manufacturers to begin offering Windows devices with a great example of this being Huawei's recently announced Matebook X.

Only time will tell if the firm's predictions come true but Microsoft has made excellent progress in terms of innovation lately, to the point where the company has almost outdone Apple at its own game.