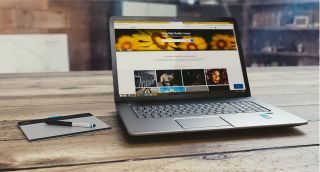 After years of declining sales worldwide, the PC market could be beginning to stabilise according to new research from the International Data Company (IDC).

The company's data revealed that during the forth quarter of 2017, PC shipments saw a positive 0.7 per cent year-over-year growth worldwide.  However, when it comes to the full year of 2017, there was still a total year-over-year decline of 0.2 per cent.

During the holiday season, PC vendors were able to ship 70.6 million units globally which beat earlier estimates of a 1.7 per cent decline.  Despite this increase growth though, the proliferation of mobile devices is still having a detrimental effect on the PC market worldwide.

HP was able to retain its position as the top PC vendor worldwide and company saw a growth in shipments of 8.3 per cent.  Lenovo was the second largest PC vendor with Dell being the third largest followed by Apple, ASUS and Acer.

"The fourth quarter results showed some potentially encouraging headway against the difficult environment in retail and consumer PCs. Enticed by a growing array of products that promise all-day battery life, high portability, and address emerging use cases that require more compute power, pockets of the consumer base are taking a serious look at these revamped PCs. However, the overall PC market remains a challenging one."

The PC market will have to innovate further to pull consumers away from smartphones and tablets if it wants this increased growth to continue in the new year.