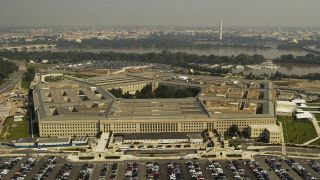 The US Department of Defense (DoD) has reiterated its earlier conclusion that Microsoft is the winner of its JEDI contract after thoroughly analyzing all the proposals once again.

“The Department has completed its comprehensive re-evaluation of the JEDI Cloud proposals and determined that Microsoft’s proposal continues to represent the best value to the Government,” the DoD said in a statement.

“The JEDI Cloud contract is a firm-fixed-price, indefinite-delivery/indefinite-quantity contract that will make a full range of cloud computing services available to the DoD.”

However for the companies that had lost out on the deal (primarily Amazon), this may still not exactly be the end of the line. Work on the project was stopped earlier this week, pending a hearing from Amazon, with the DoD confirming that some entangling still needs to be done:

“While contract performance will not begin immediately due to the Preliminary Injunction Order issued by the Court of Federal Claims on February 13, 2020, DoD is eager to begin delivering this capability to our men and women in uniform,” the DoD said in a statement.

Speaking to TechCrunch, a Microsoft spokesperson said the company was happy to hear the good news from the DoD and was ready to pull up its sleeves and get to work.

"We’re ready to get to work and make sure that those who serve our country have access to this much needed technology,” the spokesperson said.

Amazon, having heard the news, expressed its dissatisfaction via a blog, asking if the President of the US “should be allowed to use the budget of the DoD to pursue his own personal and political ends.”