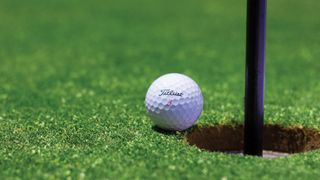 In the latest ransomware attack on a high level organisation, hackers have broken into servers belonging to PGA of America in an attempt to disrupt the this year's PGA Championship.

The attackers were able to access and encrypt files which contained marketing materials for the upcoming PGA Championship as well as the Ryder Cup in France. A Bitcoin address was provided so that the organisation could pay the ransom to have its files unlocked, though the hackers did not specify an amount to do so.

According to Golfweek, PGA staff knew they had fallen victim to a ransomware attack when an ominous message appeared on their screens, saying:

The encrypted files contained promotional banners and logos for online and print marketing for the PGA Championship as well as for other tournaments in the future.

Due to the timing of the attack, it is clear the attackers were trying to use the upcoming championship as leverage to encourage the PGA to pay their ransom sooner rather than later.

However, as is the case with ransomware, there is no guarantee that the attackers will unlock the files after receiving the funds they requested.