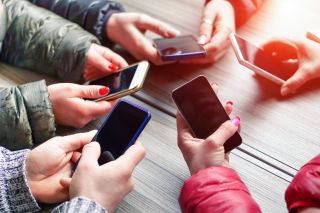 Hackers have obtained over two million email addresses, full names and almost 300,000 cellphone numbers from a popular social networking app with a large number of female users many of which are under the age of 18.

The app called Wishbone allows users to create and vote on simple two-choice quizzes.  Its user information was leaked after unknown hackers found an unprotected database and stole all of the information contained within it.

The breach was exposed when security researcher Troy Hunt, who runs the website “Have I Been Pwned,” received a copy of a MongoDB database belonging to the app.  The database contained 2,236,452 full names, 2,247,314 unique email addresses, 287,502 cellphone numbers and other personal information from Wishbone including personal data such as gender and birth dates.

On Wednesday, Science Inc. who owns the app, confirmed the breach noting that hackers “may have had access to an API without authorization.”  Greg Gilman, the co-founder and general counsel of the company, was able to confirm that hackers would be unable to access Wishbone's user data again, saying: “The vulnerability has been rectified.”

As of this time, Wishbone is investigating the cause of the breach and has notified users in a statement, saying:

"Upon learning of the incident, Wishbone immediately acted to investigate and initiate precautionary measures. Although no passwords were compromised in the incident, you may wish to consider changing your password as a preventative measure.”