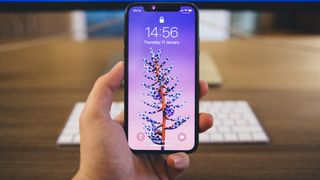 The ongoing legal battle between Qualcomm and Apple continues with a second trial before the US International Trade Commission (ITC) with the mobile chipmaker arguing that several recent iPhone models should be banned from being imported to the US.

The two companies have been involved in a wide-ranging legal dispute for some time now with Apple accusing Qualcomm of unfair patent licensing practices and Qualcomm accusing Apple of patent infringement.

The most recent trial is the second of two the mobile chipmaker is pursuing against the iPhone maker with the goal of having the iPhone models containing Intel's modem chips banned from import. However, import bans are quite rare and Apple would have more than enough time to change the design of its smartphones to get around any patent infringement found by the ITC.

The company has moved away from Qualcomm's chips in favour of Intel for its modems to avoid the high licensing fees charged by the mobile chipmaker.

During the first trial which ended at the beginning of this summer, a US staff attorney recommended that the judge find Apple infringed on at least one of Qualcomm's battery-saving patents and that some iPhones with Intel chips should be blocked from the US market. The attorney argued against banning the models that contain 5G chips in order to help keep the market competitive.

The most recent trial concerns three patents with two of them related to the way in which Intel's modem chips handle radio signals while the other relates to the way Apple's processors put its devices to sleep.

It is highly unlikely that iPhones will be blocked from entering the US but the outcome of the ITC cases could give Qualcomm a better idea of how well its patents will fare in court in its various civil lawsuits against Apple.