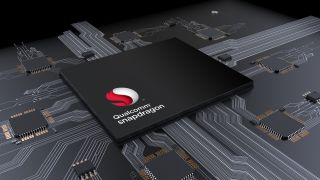 Qualcomm's takeover of NXP has moved a major step closer after the company cleared a major hurdle.

In a letter to investors and the media, the US chipmaker disclosed that the reported $38bn deal has been passed by EU and Korean antitrust regulators. The announcement means that Qualcomm has now secured eight of the nine necessary regulators needed to complete the deal, with just Chinese approval to come.

In a statement, European Competition Commissioner Margrethe Vestager, who oversaw the deal in the EU, that the commission had identified a number of concerns around the deal, but was now satisfied that these had been addressed.

This includes the caveat that Qualcomm will have to provide the same level of interoperability between both its hardware and that of other companies for a period of eight years. Qualcomm will also not be able to acquire some of NXP's top patents surrounding NFC technology, which will instead be transferred to a third party.

“We use our smartphones for many different things and now also more and more as mobile wallets, to pay for public transport or make other secure payments,” she said.

“With this decision, we ensure that Qualcomm’s takeover of NXP will not prevent consumers from continuing to enjoy the benefits of these innovative technologies at competitive prices.”

The announcement, made ahead of  Qualcomm's annual stockholder meeting on March 6th, also slammed the "aggressive" takeover attempt made by Broadcom late last year, telling investors to reject the deal outright.

"For over 30 years, Qualcomm has pioneered the foundational technologies that have revolutionised how people connect and communicate with each other and the world around them," the letter read.

"Our success in leading each new transition in mobile technology is the result of our intense focus on always looking forward – developing transformative technologies, establishing ecosystems where our products thrive, and driving sustainable value creation."