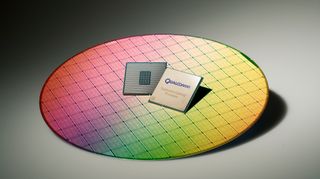 Qualcomm has revealed its aim to break into the data centre market with the launch of an all-new Arm-based server processor featuring a major hardware breakthrough.

Built using Samsung's 10nm FinFET process and containing 18 billion transistors, the Centriq 2400 family contains up to 48 high-performance, 64-bit, single-thread cores, running at up to 2.6 GHz frequency - all whilst consuming less than 120W of power.

“Today’s announcement is an important achievement and the culmination of more than four years of intense design, development and ecosystem enablement effort,” said Anand Chandrasekher, senior vice president and general manager, Qualcomm Datacenter Technologies. “We have designed the most advanced Arm-based server processor in the world that delivers high performance coupled with the highest energy efficiency, enabling our customers to realise significant cost savings.”

Qualcomm has already signed up a number of high-profile partners to show off the power of the Centriq 2400 family running on ARM-based data centres, including the likes of Alibaba, Google, HPE and Microsoft Azure.

Qualcomm adds that the Centriq 2400 is also able to offer a higher performance-per-dollar ratio than the Intel equivalent Skylake hardware, showing its commitment to shaking up the data centre market, which is estimated to be worth $20 billion by 2020.