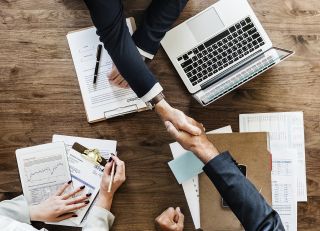 It’s going to take quite some time for small UK businesses to fully recover from the economic consequences of the Covid-19 pandemic, according to a new report from law firm Buckworths.

Based on a poll of 500 UK SME owners and decision-makers, the report states that a quarter of UK IT businesses believe it will take more than a year to recover from the effects of the pandemic. For another quarter (24 percent), this process may take up to two years.

Despite the UK government's job retention scheme, designed to prevent widespread redundancies, more than a third (36 percent) do not think it is enough to keep them afloat.

Despite the government paying 80 percent of furloughed workers' wages, less than a fifth (17 percent) believe their business will be financially equipped to bring back all employees once the scheme ends.

Michael Buckworth, Managing Director at Buckworths, is calling for clear advice on the part of the government, which has faced criticism over its handling of the transition out of lockdown.

“According to some sources, government ministers, MPs and anonymous officials said the government was surprised that so many businesses had complied with the lockdown and implied that they had not expected (or wanted) them to. One could be forgiven for thinking that the government is trying to state officially that the lockdown should continue whilst metaphorically winking at businesses to tell them to go back to work," he said.

“Businesses cannot plan based on nods, winks and possible maybes. The government must get a grip on this crisis."

"The British Bank loan schemes have provided vital cash injections during the period of strict lockdown, but they are only short-term solutions. The Future Fund will help a small number of highly innovative startups but will be inaccessible to most SMEs. An alternative approach which shifts the onus from the government to private investors should be pursued, such as a temporary tax relief scheme that is similar to the existing Seed Enterprise Investment Scheme (SEIS) and Enterprise Investment Scheme (EIS)."