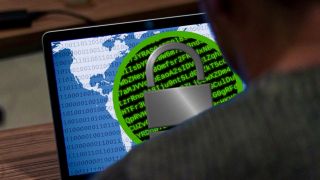 Ransomware attacks against British consumers and businesses hit a new high in 2017, according to a new report.

Research from security firm Malwarebytes has uncovered a major rise in ransomware and other malware scams over the past 12 months as criminals increasingly target UK users with a wide range of threats.

The Malwarebytes 2017 State of Malware Report found that UK ransomware threats increased at almost double the pace of the US, with the monthly rate of attacks increasing 10 times over 2016. Overall, ransomware against consumers increased 93 per cent compared to the previous year, while ransomware against businesses is up 90 per cent.

Ransomware attacks peaked in May, however the period between July and September saw an enormous 700 per cent increase, due to the Globelmposter and WannaCry families going live, with the detection rate then decreasing at the end of the year.

Overall, Malwarebytes warned that the overall threat volume against consumers rose 12 percent in 2017, and urged businesses and consumers alike to ensure they keep their devices and systems updated with the latest protection.

Away from ransomware, the firm also saw major rises in other forms of malware-based attacks as criminals looked to diversify their efforts. This included a 102 per cent increase in banking Trojan detections during the second half of the year, and a 132 per cent rise in adware detections.

“The last year has certainly thrown us a few curveballs, with massive ransomware attacks, changes in malware distribution and the significant increase in cryptocurrency miners,” said Marcin Kleczynski, Malwarebytes CEO.

“With 2018 just getting started, these findings can help pave the way for increased awareness, C-level participation, and enhanced technologies to better protect both consumers and businesses.”