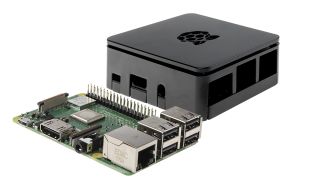 As many high street brands turn to the internet for salvation from declining sales, one company is moving further into the 'real world' – and that's Raspberry Pi.

The home computing firm is set to open its first physical store in Cambridge – the city it began in.

The Raspberry store, which will offer (obviously) Raspberry Pi machines, but also various add-ons and peripherals, aims to attract “customers who were curious about the brand”.

The store, located in the Cambridge Grand Arcade shopping centre, will officially open on Thursday.

Founder of the Rasperry Pi Trading, Eben Upton, said the store would give "a loyal and highly engaged community" new ways to interact with the company and its products.

"There's always a risk you can get complacent about your customers, but a physical store means we have a place for people, who are curious about Raspberry Pi, to experience it," he said.

The latest Raspberry Pi model, released last summer, comes with improvements in speed across the board, as the company promises to deliver “more processing and faster communications”.

The device has a 1.4GHz quad-core Broadcom processor, a dual-band 2.4Ghz and 5GHz wireless connectivity, as well as gigabit ethernet over USB 2.0, supporting up to 300Mbps, along with Bluetooth 4.2 and Bluetooth Low Energy Support.