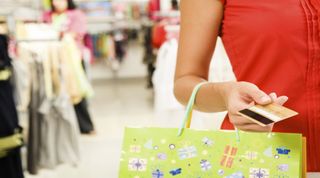 There will still be people working in the stores of the future, but technology is still going to make a profound impact on the retail industry. This is what retail workers think about how their job will transform in the near future.

According to a new report by Epson, 70 per cent of retailers think technology will never be able to fully replace people in stores, but it will revolutionise the shopping experience.

Four in ten (40 per cent) think they’ll no longer hold stock. Instead, they will create customised products on demand. Sixty-seven per cent think automatic ID of customers will create an extremely personalised shopping experience, while a third (62 per cent) believe this will improve security, as well.

More than half (55 per cent) think shopping will be faster, too, with automatic transactions fuelled by mobile POS systems. Half (47 per cent) think queues will be a thing of the past, and 36 per cent expect AI to make an impact soon enough.

“The survey demonstrates that there’s widespread enthusiasm for revolutionary technologies like AR among retail workers,” says Rob Clark, Epson’s Managing Director for the UK and Ireland.

“Employees clearly know about the benefits for the shopping experience, making the time spent in store more enjoyable and accelerating purchasing processes”.

“To ensure retailers reap the rewards from the technological revolution”, Clark continued, “companies must stay aware of the latest developments and invest in the right technologies. Smart glasses, for example, need to come with collaborative features that allow them to fit in seamlessly with a store’s IT infrastructure. There also needs to be a rethink regarding store layouts. With queuing becoming less important and mobile POS systems allowing customers to make instant purchases around the building, shop designers need to respond accordingly”.