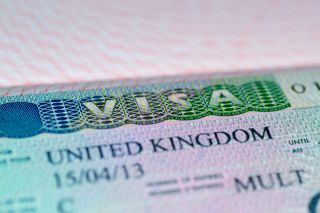 According to the government organisation Tech City UK, there has been a significant rise in applications for work visas that allow non-EU tech workers to gain employment in the UK.

The agency, which is responsible for handling these visa applications, has noticed that since the referendum there has been a sharp increase in demand for these visas and so far it has received over 200 applications.

Last year Tech City UK only received 20 applications and the increase is likely as a result of last November's decision to lower the requirements for talented IT workers employed at a company to apply for visas as a group. Of those who applied for tech related work visas, over 25 per cent come from the US while almost half of the other applicants come from countries such as India, South Korea, Australia and others from the APAC region.

A report from the Science and Technology Committee of the House of Commons brought attention to the digital skills gap that the UK is currently facing, which is costing the country an estimated $89 billion each year in lost GDP. PwC also conducted a survey which found that 78 per cent of companies in the UK believe that this digital skills shortage is hindering their ability to make further progress.

Allowing qualified and talented IT workers to acquire visas allowing them to work within the UK could offset some of the damage that has occurred as a result of the digital skills gap and could allow businesses in the country to better compete globally.

Tech City's chief executive Gerard Grech noted that he would like to see the cap for tech related work visas increase, saying: “It's an encouraging set of results. It's one of those situations where we're in ongoing conversations with the government, and we're keeping an eye on it. We'll have more conversations when we get closer to the limit. They know that talent is a growing part of the economy. They also understand that tech talent is a scarce resource.”