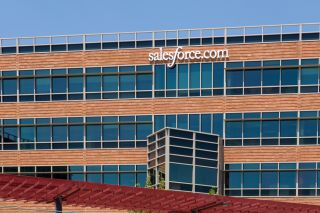 The company also announced that it has formed a new unit called Salesforce Research that will be exploring deep learning, natural language processing and computer vision. The new unit's aim is to improve Salesforce products and it will be led by the company's chief scientist Richard Socher, who is responsible for co-founding the A.I. startup MetaMind which Salesforce acquired earlier this year.

During a press briefing, Socher did not reveal how many people would make up Salesforce Research but he did reveal that some of the company's 174 data scientists would be joining the team. This new unit will allow the company to better compete against Facebook, Google and Microsoft in the field of A.I. development.

Salesforce plans on utilising the data it possesses to provide services that are able to function intelligently without the need for complex configuration. It will also be providing its customers with predictive vision, sentiment and modeling services that third-party developers can include within their own apps.

Einstein on the other hand, is meant to assist the sales, service and marketing employees that use Salesforce. The A.I. will provide Sales Cloud recommendations on companies and people to work with based on predictive lead scoring, Marketing Cloud image search of social networks through the use of image recognition, personalised lists of products on online shopping websites through Commerce Cloud and suggested responses for tickets in Service Cloud.

During the briefing held by Salesforce, the general manager of Salesforce Einstein John Ball commented on how noticeable the company's new technology is, saying: “I think you can very completely measure difference between someone who's using it and someone who's not using it.”

A few of the new Einstein features will be available through existing licences across Salesforce products though others will only be made available for an additional charge.