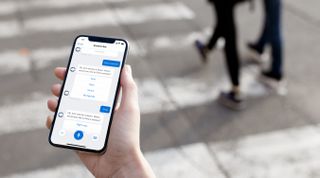 In an effort to bring the benefits of voice control to its users, Salesforce has announced a new platform service called Einstein Voice that will transform the way its users work by allowing them to get personalised daily briefings and make conversational updates to Salesforce.

The new service also brings personalised daily briefings to Salesforce so that users can start off each day with a tailored readout of key Salesforce metrics and priorities using only their voice. These briefings can even be configured by admins to focus on what each business user cares about most whether that be the day's schedule, key opportunity updates or an overview of their team's workload.

“We’re in the midst of an incredible technological shift, where the power of voice is fundamentally changing the way we work. Einstein Voice will usher in a new era of conversational CRM, delivering new levels of productivity and redefining customer experiences with voice technology.”