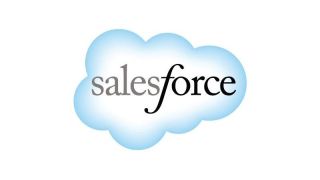 Keith Block will no longer serve as the co-CEO of SaaS giant Salesforce, the company announced earlier this week. As it stands, founder Marc Benioff will continue as sole CEO and Chair.

Block will not depart from the company entirely, however, as he will remain an advisor to Benioff.

The now-former co-CEO took on the role two years ago, after a long spell at the company. During his time at Salesforce, he held positions such as Vice Chairman, President, Director and co-CEO.

Block represented software company Oracle until 2012, when it was uncovered he had criticised the company’s CEO at the time, Mark Hurd.

“It’s been my greatest honour to lead the team with Marc that has more than quadrupled Salesforce from $4 billion of revenue when I joined in 2013 to over $17 billion last year,” Block said in a statement.

“We are now a global enterprise company, focused on industries, and have an ecosystem that is the envy of the industry, and I’m so grateful to our employees, customers, and partners."

"After a fantastic run I am ready for my next chapter and will stay close to the company as an advisor. Being side-by-side with Marc has been amazing and I’m forever grateful for our friendship and proud of the trajectory the company is on.”