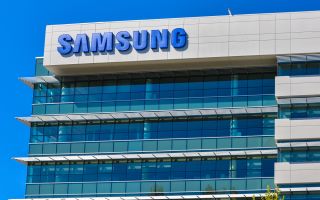 Samsung has revealed it is set to spend billions on new technologies at it looks to keep pace with the likes of Apple and Google.

The South Korean giant has unveiled a three-year, 180 trillion won ($161bn) investment plan in a wide range of areas as it looks to bounce back from recent financial disappointment.

This includes a 25 trillion won ($22bn) spending spree for its Samsung Electronics arm, the best-known of all its divisions, and the brains behind its smartphone and semiconductor businesses.

The money will go towards a number of interesting areas, including 5G networks, AI development, self-driving cars, and even next-generation healthcare.

AI is set for a particularly high investment, with Samsung set to expand the number of researchers in its various research centres across the world to over 1,000.

Overall, Samsung's investment plan is set to create 40,000 jobs across its various businesses.

Despite reigning supreme at the top of the smartphone seller charts for some time, Samsung has endured some rocky moments in recent months.

The company is one of the largest employers in South Korea, and is seen as one of the nation's shining lights to the rest of the world - a reputation that was severely damaged last year when company heir Jay Y.Lee was imprisoned on bribery charges.

Last month, Samsung also revealed that weak smartphone sales led to its earnings growing at the slowest pace in more than a year during the second quarter.