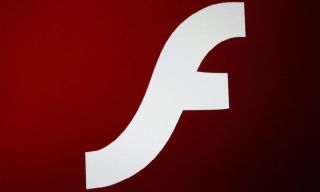 One of the internet's most infamous names is about to bid farewell after Adobe revealed it is shutting down Flash.

In a statement, Adobe confirmed the news, saying it will slowly phase out the plugin by the end of 2020. After that time, Flash will no longer receive updates. Until that happens, though, Adobe’s partnership with Apple, Mozilla, Microsoft and Google will continue as the company provides additional security updates for browsers.

The company also says it will be more aggressive in ending Flash support “in certain geographies where unlicensed and outdated versions of Flash Player are being distributed.”

Adobe’s VP of product development Govind Balakrishnan said the company is proud of Flash’s legacy, saying it is worth remembering how big of a role it had in bringing both video and gaming to the web.

“We’re very proud of the legacy of Flash and everything it helped pioneer,” Balakrishnan noted. “During the 20+ years it has been around, it has played a key role in advancing interactivity and creative content on the web. Few technologies have had such a profound and positive impact in the internet era. But Adobe has always been about reinvention and creativity. And we’re excited to help lead the next era of digital content creation.”

In the past couple of years, Flash has constantly been under attacks by cybercriminals, prompting many browsers to disable the plugin by default. Apple never even supported it to begin with, and HTML5 seems to be taking over.