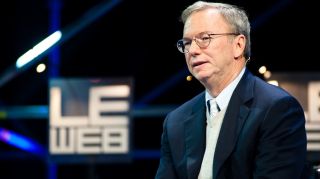 Alphabet has announced John Hennessy its replacement for Eric Schmidt in the position of Executive Chairman.

The news was revealed in a regulatory filing on Thursday, former Stanford University president Hennessy taking over the position vacated by Schmidt last December.

At 65 years of age, Hennessy is a computer scientist and an expert in chip design, as well as being a member of Google's board since 2004.

He was dean of Stanford's engineering school back when Sergey Brin and Larry Page were developing the search engine. He was also one of the search engine's first testers. Unlike Schmidt, Hennessy will be a non-executive chairman, it was added.

Hennessy is replacing Eric Schmidt, who is stepping down after 17 years of work in the company. During his time, Schmidt oversaw the company's growth from a small start-up into one of the world's biggest companies. Schmidt will remain a member of the board, and an adviser on technical and science issues.

Besides Schmidt, Shirley Tilghman also announced her retirement from Alphabet’s board, effective February 15. While Hennessy said this new role is a privilege, Tilghman did not respond to a request to comment.