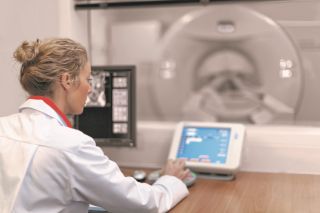 Two thirds of global healthcare organisations have suffered a data breach in the last year and have increased that IT security spending as a result, according to a new 2017 Data Threat Report, Healthcare Edition, recently published by Thales e-Security.

That wouldn’t be much of a new story if they weren’t spending money on all the wrong technologies. Together with 451 Research, Thales e-Security has unveiled that almost two thirds of respondents (65 per cent) reported their organisations were deploying to cloud, big data and IoT environments without proper security controls.

Half (53 per cent) spent most on network security, and 51 per cent on endpoint security. More than four in ten (43 per cent) said they couldn’t implement a more effective data security control because they were lacking staff, and almost six in ten (58 per cent) went for data encryption in the cloud.

Two thirds (66 per cent) are adopting data encryption just for the sake of complying with the GDPR.

“The use of advanced technologies is increasingly impacting security decision-making, as our data privacy and residency requirements. For healthcare data to remain safe from cyber exploitation, security strategies need to move beyond laptops and desktops to encompass an ‘encrypt everything’ approach that best suits a world of internet-connected heart-rate monitors, implantable defibrillators and insulin pumps. Adhering to the security status quo will create vulnerabilities that lead to breaches, and further erode customer trust.”

The full report can be found on  this link.