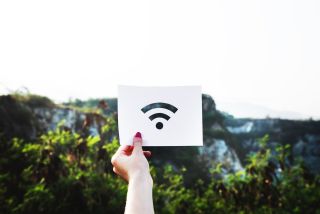 The vast majority of IT professionals believe businesses should increase monitoring and defence efforts, in order to better protect against rogue devices and access points.

This is according to a new report from cybersecurity exposure experts at Outpost24. Polling more than 200 security professionals, the firm found that most harbour fears about wireless attacks.

The problem lies in the devices and endpoints IT pros do not have visibility over – so-called "shadow devices". These mostly arise as a result of BYOD (Bring Your Own Device) policies, as an increasing number of employees use their own laptops, tablets and smartphones to connect to their company network and access sensitive files.

Analysing various cybersecurity threats, Outpost 24 found that password theft, botnet & malware, and man-in-the-middle attacks were among those most feared by security teams.

These fears are certainly not unfounded. Most organisations said they lack visibility into wireless devices on their network, primarily because device purchases are not cleared with security teams before they are used to access the corporate network.

“With the threat of wireless network attack increasing every day, organisations must implement the tools to actively identify all BYOD, IT and IoT devices on the wireless network,” said Bob Egner, Head of Product at Outpost24.

“Further they need to monitor for indicators of exposure and attack as part of their vulnerability management process to ensure they are not blindsided by the hidden attack surface wireless technologies bring.”