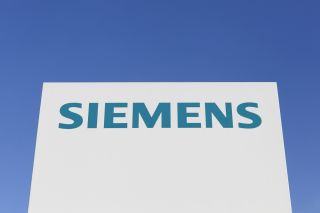 The coronavirus pandemic will not force Siemens into layoffs, the company’s Chief Executive Officer Joe Kaeser has confirmed.

According to a Reuters report, there will be no workforce cuts at the company, but short-time working measures could be extended.

Speaking to the local outlet Passauer Neue Presse, Kaeser explained "no one at Siemens will leave because of a temporary fluctuation in activity.”

The outbreak did, however, force the company into “structural changes”, which Kaeser likened to the switch from fossil fuel power to renewable energy.

“In a temporary crisis, there’s no question: we will get through it together. And when the crisis is over, and things are picking up again, we’ll tackle it together,” he added.

Some 1,600 Siemens employees (of 120,000 staff in Germany) are currently working on a short-time basis, but Kaeser said this number could increase going forward.

Coronavirus is believed to have originated in the Chinese province of Wuhan. So far, more than 1,800,000 have been infected and more than 114,000 have died.